History starts when a group of people agrees
to share a common way to count time.
A calendar represents therefore
a symbol of identity, which contributes
to the feeling of belonging to a community.
Who knows if sharing a calendar is not
a more powerful discriminating factor
than sharing a common territory ?
Therefore there is not ONE
and only ONE History,
but as many as there are cultural & calendrical eras.
The timeline of a cultural era starts with YEAR 1,
the commemorated date of
the mythical founding act of this era,   e.g.:

The French Republican calendrical era starts
on Vendémiaire 1st, Year 1,
but...it has been introduced only later,
i.e.: on Vendemiaire 15th, Year 2 !
Its period of use extends
from Year 2 up to Year 79, a relatively short time.

for the Seleucid Era, SE:
Babylon's mythical take-over by Seleukos
then (for Syrians) Gaza's mythical battle.

for the Anno Hegirae or Hijri Era, AH:
from Mecca to Medina
mythical migration from a muslim tribe.

for the Anno Domini, AD:
the mythical Incarnation of the Lord,
see https://www.archaeometry.org/bede.pdf.

Chronology, in contrast to calendrical eras,
necessitates a secular & universal reference time-scale.
The astronomer Johannes Kepler introduced such a time scale
he called vulgaris aerae.
He kept the length of the year the same as
the one of the alexandrian astronomer Sosigene,
and set the current year on his time scale to +1616,
in agreement with 1616 AD, as during his lifetime,
the Anno Domini calendar was broadly used in Europe.
One century later, Kepler's secular timescale
has been renamed as
Common Era or CE.

In contrast to various calendrical eras
starting with a mythical Year 1,
CE has a Year 0 and extends from - infinity to +infinity.
Thereafter, all past historical events
had to be retrodated  from year +1616 CE downward.
Useless to say that in the absence of other common dates AD-CE,
Kepler had no other choice than guessing.
It would not have been possible for him to assert
that the AD timeline had no gap,
nor where would lie on his secular time scale
the mythical Year 1 AD or SE, AUC, ERA & AH....

Guitarists are familiar with the problem of tuning different strings.
Before our electronic era, one approach to tune a guitar was
to begin adjust the sound of the highest string, the so-called E1 string
to the one of an external sound generator, i.e. a 330 Hz - whistle.

Then, one would tune the remaining 5 strings to this same frequency,
by cliping them with a finger in the prescribed position, see below: 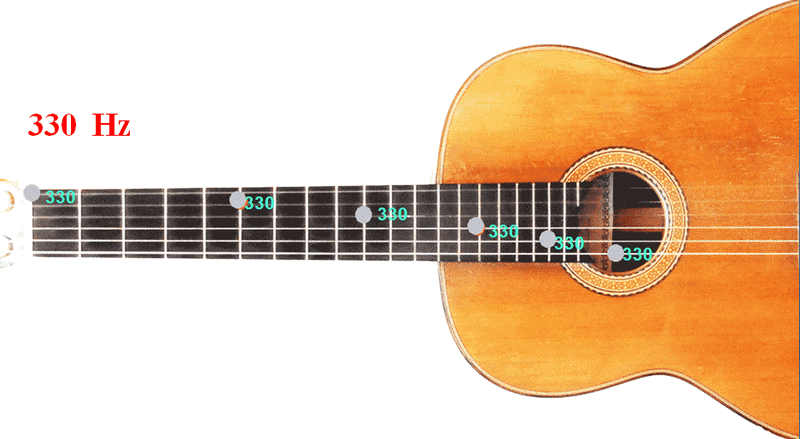 As we all know there exists "no external event generator" to tune Kepler's secular timescale.
Nevertheless some natural events have been reported in terms of various timelines.

To illustrate this point, let us look at five lines of the page m0026 of the
Livro da Noa  which I discovered in 2018 in the archives of Coimbra

Thanks to Xavier Jubier 5 Millennium Corpus of Solar Eclipses
http://xjubier.free.fr/site_pages/solar_eclipses/
5MCSE/xSE_Five_Millennium_Canon.html
which is directly coupled to GoogleEarth,
one can (with some training) easily find out to which solar eclipse this annal is refering to: 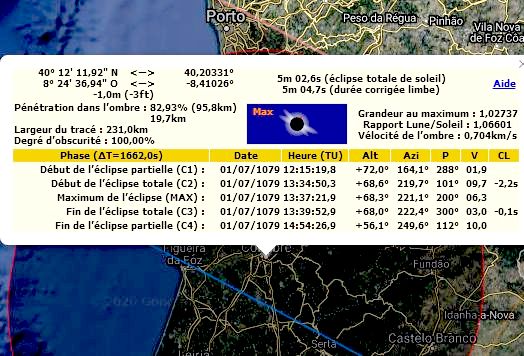 Let us position those data onto the guitar-like chart: 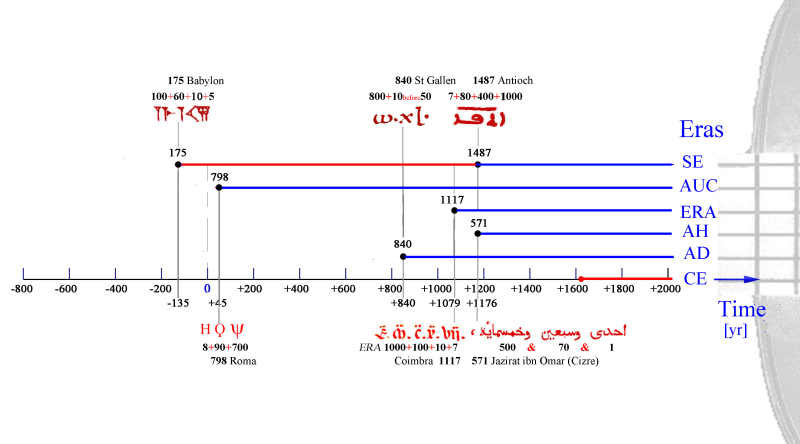 Using Kepler secular timeline we have retro-dated those Solar eclipse reports.
One sees that 2 solar eclipses have been recorded in terms of Seleucid Era with a 13 centuries timespan!
This timespan indicate to us that the period of use of SE extends to at least this time laps,
while Common Era has only been in used from 1616 on.
In order to find out the extend of the period of use of the eras discussed here,
one will have to look for some other kinds of artefact.

The colophon of an artefact provides its date and site of manufacture,
e.g.: the colophon of the above pictured conical guitar... 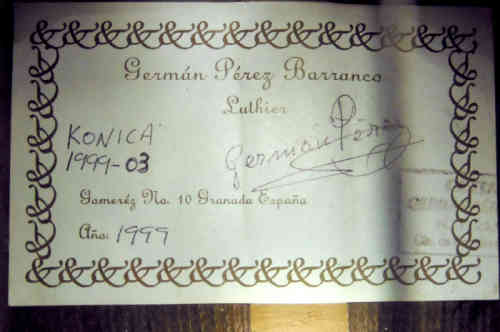 
Those colophons are the key-stones to establish the duration of
the period of use of a given timeline.

One should be aware that :

- As we have seen for the French Republican calendar, the political-religious choice
to introduce a new era at Year XY always hides a mythical Year 1,

- the  introduction of  new eras might be the fact of a sole individual (Varro, Bede)
and that the earliest year given on colophons might amount up to several hundreds,
making difficult to retrodate down to the mythical Year 1 of those eras (AUC, AD) .

- the beginning of the year might swap season (and even mythical founding event)
during its period of use (SE).

- it might take decades until some authorities declared official a given era (ERA).

- the choice of astral cycle (lunar, solar...) might differ (AH)

While myths escape chronology, nothing prevents one
to retro-compute the correspondance, to Common Era, of a mythical Year 1,
even far beyond the lowest limit of the period of use of its calendrical era:

-  Year 1 of the Seleucid Era corresponds to year -310 CE.
This era has been promoted 30 years after the death of the dictator Seleukos
probably by babylonian astronomers and it remained in use until printing's invention.

- Year 1 of the Ab Urbe Condita era corresponds to
year -753CE.
This era has been promoted by Varo in year 700 AUC.

- Year 1 of  ERA  corresponds to
year -38 CE.
In 554 ERA, i.e. 74 years after the 1st use of this era in funerary art,
the arianist Council of Tarragona officialised this calendar,

- Year 1 of Hijri era correponds to
year +622 CE.
The promotion of this calendrical era took place prior to year 67 AH.

- Year 1 of Anno Domini corresponds to
year +1 CE.
This era has been promoted by the Venerable Bede probably around 725 AD.

To summarize, let us now integrate
- Dual-date of anchoring solar eclipse - Period of use of calendrical era - Mythical Year 1
into the guitar-like timelines chart:

A 19' lecture on Timelines in Numismatics  is now available
at url https://www.archaeometry.org/MiNT.m4v
Return to index