Abstract.
The technological shift from bronze to iron might have been the prime mover
of an even more dramatic shift of paradigmatic nature, i.e. the shift from
her- to history, from matrifocal to patriarchal social organisation.
Rock art from this crucial period for humankind provides testifying records
of the confusion which arouse then and lasted a long while.
Labrymorphic and labyrinthic symbols will be discussed.

A puzzling piece of rock art reported by Waites[1]
is the 4'000 years old Minoan schist mould, shown in Fig.1a, displaying
the Mother Goddess holding two labrys,
two double-axes in her hands.
The labrymorphic appearance of the Goddess' body
suggests that the axes have an initiatic meaning
more than a sacrificial one.
The labrys might have been made out of stone at the time they were first
depicted on a dish, in Statinice, in Bohemia, 7'000 years ago [2],
but I tend to believe that
they were one of the very first objects to be manufactured in bronze.

The "cult of the labrys" seems to have been initiated in Asia Minor,
in Caria, a land inhabited by matrifocal tribes.
Caria deserves therefore to be called the "Home of the Labrys".


As the mould with the Cretan Mother Goddess testifies for,
the Carians did manage to convert to their cult the great
matrifocal civilisation of Crete,  the Minoan civilisation.
Fig.1b shows a "tactigramme" (see Ref. [3],[4]) of a Punic votive stele
with the sign of Tanit, the Goddess of Carthage, holding,
in place of the labrys,  two threatening knives.
Such attributes might well have had a "sacrificial" signification as the
holocaust of new born children was a fairly common ritual in Carthage.
The stele shown in Fig.1c demonstrates
that the labrys might take an initiatic dimension
as it appears as a substitute for the labrymorphous Goddess.
The labrys symbol could therefore be seen as fulfilling two roles:
initiatic & sacrificial.

Another initiatic symbol is shown in Fig.2a:   the spiralling labyrinth.
Looking at this labyrinth from its center outwards,
it recalls the path to birth,
while from outside inwards, one can see a metaphor for life itself.
This matrifocal symbol is found all over the world,
a reminder that, as Sig Lonegren [5] phrases it,
"herstory" was present well before
"history" began!

Fig.2b shows a onion-like labyrinth.
The meaning for the nearby "comb" is obscure.
May be it is the magic tool to draw such labyrinths?
By the way, the stampings for tactigrammes in Fig.2a,2b,3a
have been realised in the company of Kalle Sognnes,
in May 1995, at the Lerfall site, near Trondheim.

On the votive stele of Carthage depicted in Fig.2c,
the sign of Tanit is no longer the leading symbol.
This tactigramme provides an excellent piece of evidence for
the universality of "onion-like" labyrinths.

Note April 20th, 2015:  A major contribution by J.P. Galovart
to the understanding of the invention of  the labyrinth is now
available at url http://www.archaeometry.org/laberintos.pdf

The tactigramme of a decorative meander pattern,
another piece of rock art from the Lerfall site, is shown in Fig.3a..
This kind of matrifocal symbol was already present
in Palaeolithic times, at least 20'000 BP [2].

Fig. 3. The path toward the Cretan' Labyrinth:
a) Meander Pattern (Tactigramme of a Rock Engravings at Lerfall site)
b) Topological transformation from Meander to Labyrinth (after Ref. [5]
c) Copy of a coin of Cnossos with a Cretan Labyrinth (Ref [6])

As shown in Fig.3b (see Ref.[5]), the most exciting property of such a meander pattern is that it let itself be topologically transformed into...
the Cretan monocursal labyrinth,
the one which decorates the silver Greek coins of 200 BC [6].
We have to underline Cretan labyrinth and not Minoan,
because drawings of labyrinths appeared only long after
the eradication by earthquake of the Cnossos Palace, the event
which started the downfall of the matrifocal Minoan society
as well as the Greek settlement in Crete.
The Cretan labyrinth demonstrates the survival of some matrilinear
symbolism into a patriarchal era. 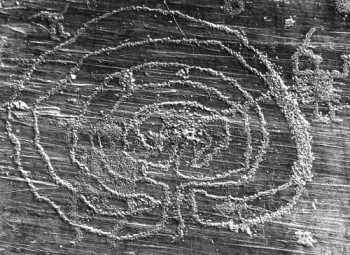 Fig. 4. The path toward the Camunian' Labyrinth:
a) The Mirror image, an "wax imprint" of the Cretan labyrinth [6];
b) Same, transformed by a 75% vertical reduction;
c) Naquane Labyrinth (ca.600 BCE), Photo L.Dubal.

By imprinting the Cnossos coin one gets its "negative", i.e. its "mould".
The result is stimulating: as shown in Fig.4, the pattern is similar to
the labyrinth on Naquane's great rock, in Valcamonica!
Maybe the Camunians obtained from a traveller the imprint on clay
of such a labyrinthic coin?
There is only a picture, but no tactigramme to show,
of the Naquane Rock Art Labyrinth:
to date, the "Soprintendenza Archeologica della Lombardia"
(Prot. #2248, April 16, 1993 & #4215, June, 2nd, 1995)
has denied to me the authorisation to perform the necessary stamping!
By the way, the comparison between two published pictures (Ref.[7]), demonstrates the limits of  photographic recording of rock art
with its parallax distortions!

Approaching the last curve of this labyrinthic adventure,
one still has to find an Ariadne's Labrys to break a way out!
Labyrinths, Labyrinthos, is not an indo-european word.
It is a loan word, borrowed from the Carian,
I would guess at the end of the 2nd millennium,
at a time when somebody succeeded to draw Cretan labyrinths:
a new word was needed in order to invent new myths,
and add to this "initiatic" symbol a "sacrificial" dimension!

As Lonegren suggests [5], most probably the whole sacrificial
mythos of Theseus & the Minotaur
has been created by the Athenian settlers, in Crete,
in order to make their ancestors look great, heroic.
But this mythos does not hold water:
one cannot get lost in a monocurval labyrinth.
There is, therefore, no historical ground for the Minoans' surrender
to Athenians (such as Ariadne's love for Theseus),
nor for pre-hellenic Athenian inventiveness
(such as Daedalus' labyrinth).
In short, the superiority of pre-hellenic Greeks to Minoans
is a later mythos justifying a posteriori
the patriarchal dominance over a decadent matrifocal civilisation.

Those considerations lead to paleometallurgy.
The shift from bronze to iron seems to have been
the prime mover of an even more dramatic shift of
paradigmatic nature,  i.e. the shift from
matrifocal to patriarchal social organisation.
While bronze technology is quite straightforward,
the chemical reduction of iron ore needs a consequent step-by-step
process,  leading to the emergence of homo faber.
I even postulate that the shift
from bronze age to iron age requires
the discovery of causality.
Such a discovery is bound to the acknowledgement of
the role of paternity in procreation.
This is quite an intimate step in mental development which,
from then on, everyone has to learn for himself.
In turn, the acknowledgement of paternity in procreation provoked
an innovative kind of mythos dealing with the procreation,
e.g.: of monsters, such as the mythos of

In conclusion, the confusion resulting from this shift in social organisation
found its best expression in Rock Art with the mixing
into initiatic (matrilinear) symbolism of sacrificial (patrilinear) elements.
An interesting illustration of this dual labyrinthic symbolism appears on an Etruscan oenochoe dated 1st century BCE and found
in Tagliatella (now at the Musei Capitolini).