The pearled solar eclipse of 1912.04.17 , i.e; SAROS 137/30 occurred
60 hours after the TITANIC disaster
The data collected during this most elusive eclipse, are of major importance for understanding
the difficulties of interpreting correctly Annals depicting ancient solar eclipses.
This page is an integral part of the report http://www.archaeometry.org/titanic.pdf

i)   The Chronometer of the balloon "Globule"  has been tuned on
Paris' Observatory by Paul TISSANDIER. It  indicated exactly
12:11:51,
when Auguste NICOLLEAU took the following the picture: 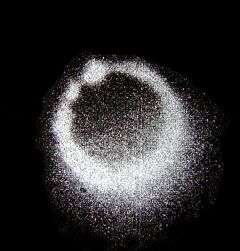 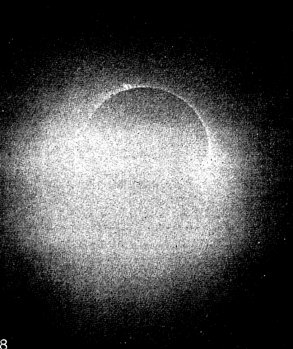 It is of great interest: though slightly OFF centrality; protuberances were visible:.
we will refer to this effect as FLAMMARION's partial corona.
Concerning the timing of the maximum other pictures of QUENISSET indicate
the occurrence of the maximum at about 12:10:15 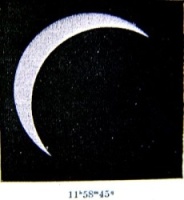 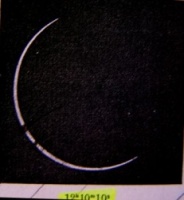 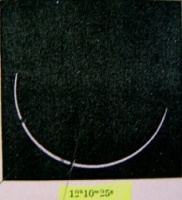 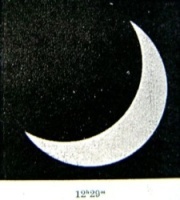 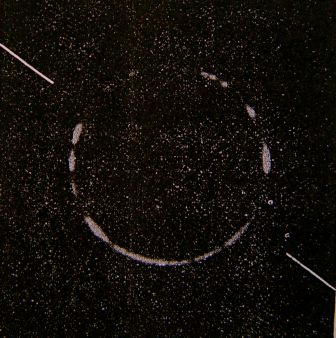 iv)   Another interesting picture of this pearled eclipse is: 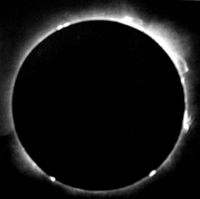 v)    From a captive balloon, the size of the Lunar shadow on the Earth
has been estimated to be 3.5 km wide.

vi)   On 12 km of the road between Neauphle et Trappes, 380 school children
have been spaced by 100 m to monitor the width of the totality path
The central zone has been 4 km wide.
The minimum diameter of the Moon (bottom of the valleys) lasted 3 [s]
less than the one of the Sun, while the maximum diameter (mountain peaks)
was surpassing  by 2 [s] the diameter of the Sun. 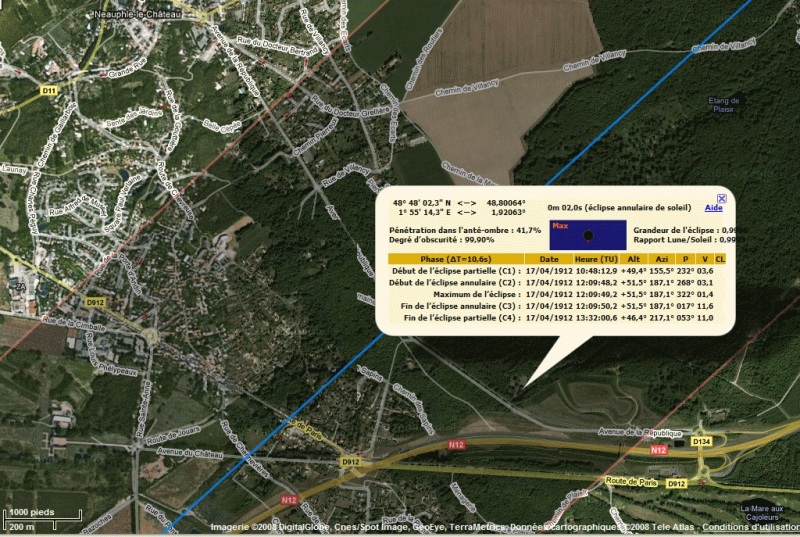 obtained a cinematographic record of the event.

viii)     In Ovar, observatory stations were spread along the road between Carregal to Cadaval
While 5MCSE retrodicts only 1.4 km of the road to have been in the totality zone,
all the observers who were spread over 5 km to the West of station #10
have believed to be in the central line !!!

At station  #10, GPS W8.59757 / N40.85432
COSTA LOBO obtained 158 images in 14 [s] showing Baily grains,
whose 40 with the grains only in the areas opposed to the Sun.
The eclipse was therefore total for a time laps of 4.4 [s],
only along the direction of the Moon,
what confirms the film of  Léon GAUMONT.
It has been interpreted, as the relative speed of the Moon
to the Earth is about 0.38 ["/s], i.e. 693 [m/s], as due to the shape of the Moon:
a slight flattening along the axis of rotation,
The irregular profile of the Moon shows indeed,
between valleys and peaks typically a 1["] difference.
In his 5MCSE software, X. JUBIER introduced a correction for lunar limbs.

Let us note though that Serge KOUTCHMY has shown evidence for an "ovalisation"
(or polar lengthening) of the Solar Chromosphere, which, in our opinion,
might well have also contributed to the direction dependant totality effect
recorded in 1912

The timing of the contacts recorded in observatory #10
are compared to the retrodicted values with  5MCSE :

Those discrepancies demonstrate the major role of the profile of the Moon
on determining the timing of an eclipse.
Let us note here that the BIH
(Bureau international de l'heure) has been created in 1913.

Two interesting pictures of before and after totality have been taken. 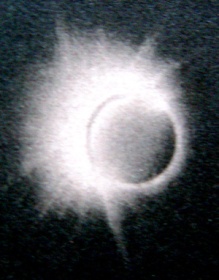 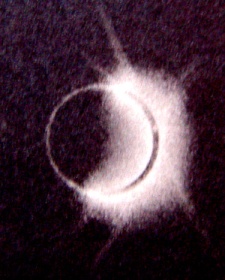 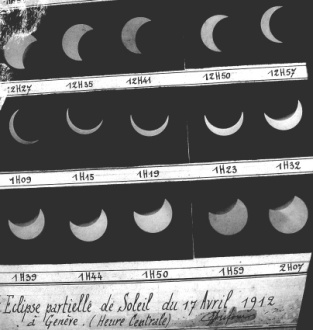 An updated review of this eclipse has been presented at SEC 2011,
see http://www.archaeometry.org/cassini.pps