The dream of the reconquest of Lower Egypt 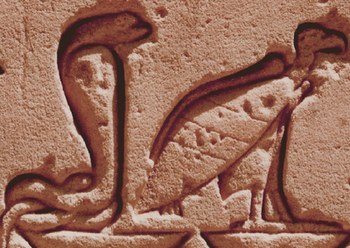 While the sign  Nebty, the Two Ladies,
the Cobra Nekhbet & the Vulture Wadjet,
symbolizes the original union of Lower & Upper Egypt,
at the time of the XXVth Dynasty,
lacking of control over Lower Egypt subject to Assyrian invasions,
there is a loss of sense and symbolic compensation:
it is a pair of cobras

adorning the front of king Taharqo 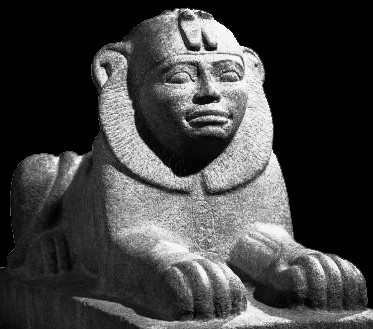 The Sphinx remains the emblem of power, but
the attribute of this power encountered a shift:
the symbol  for  Upper Egypt of a vulture is substituted by...a cobra!

His successor, Tanutamani,
on the night before his enthronement
had a dream
which has been engraved ca. 664 BCE on the Stela of the Dream
in the Amun Temple at Gebel Barkal.
This stela is now labelled Cairo JE 48863.
The facsimile from the first ten lines comes from Pl.7 in  Monuments divers, by
Auguste Mariette-Bey (1872) http://www.thotweb.com/editions/mariettemd.php

A translation & phonetics of this dream has given in 1994 by T. Eide, T. Hägg, R.H. Pierce, L. Török
in Fontes Historiae Nubiorum/ Vol I / pp.196-197 / U-Bergen  https://digitalt.uib.no/handle/1956.2/3083,
and,  in 2006, by Scott B. Noegel, in On Puns and Divinations, pp.101-102
http://faculty.washington.edu/snoegel/PDFs/articles/Noegel%2045%20TGD%202006.pdf
On page 102, Noegel gives some further interesting details on the appropriate choice for punning.
For typographical commodity, we give those under the mirror-image of this hieroglyphic text:
In yellow are coated the key-words of this dreams plus the 14 occurrences of "snakes",and,
in green, two puns identified by S. Noegel:
9 hieroglyphs containing "hands" ( ' ayin) to demonstrate power, and, in italic
3 occurrences of "upon" (h dot r), a hieroglyph with a head, the royal site for housing a pair of cobras !

After having seen in  dream
two snakes just before they would vanish,
waking-up, Tanutamani indeed could not find  the them...
his cousin Taharqo had indeed let the North of Egypt be invaded by the Assyrians !

The dissapearence of the two snakes
is the  manifest content of Tanutamani's dream
while its latent content is
the pair of cobras,
i.e.: his unadmitted will to reconquer
the Land of Wadjet-the-cobra, Lower Egypt.
The advisors of Tanutamani did not get fooled by the
two anonymous snakes, but recognized the Two Ladies,
and invited the new king to marched down to Memphis.
After a year, maybe less,
the armies of Assurbanipal came back up to Thebes, and sacked it.
Tanutamani had to accept then to rule only
over Upper Egypt & his kingdom of Kush.
In his 9th regnal year, he died and get burried in this sumptuous decorated tomb: 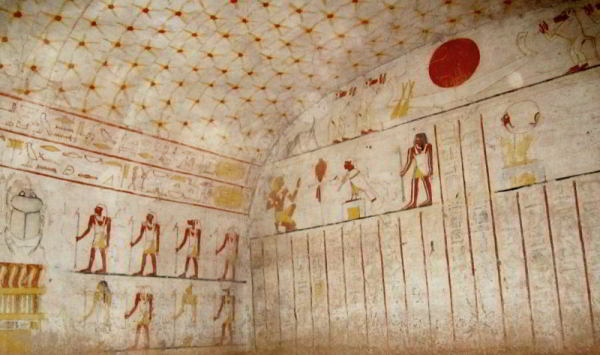 where the 2 cobras are adorning the front of Tanutamen ! 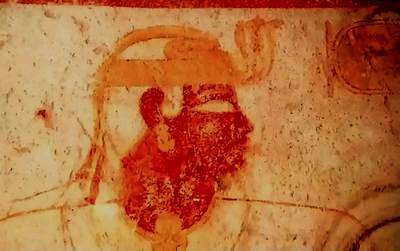