After having besieged Tyre for seven months,
from February till August 332 BCE
ALEXANDER the Great decided one day to raise the siege.
He believed he had lost all chances of succeeding.
Nevertheless, during the following night he dreamt he met a "satyr"

The next morning his counsellor explained to him:
"sa" ("to you" in Greek) and "tyr", means. "Tyre will be yours".
Indeed, after having dared to dream his victory, he came into Tyre
without resistance from the besieged people who,
after seven months, could endure no longer.

400 years after those events
the biographer Plutarque reported this power dream in Alex..XXIV (8-9) :

Alexander had, during his sleep, a new vision :
A satyr appeared to him. He seemed, from far away,
to wish to play with him, but ran away
as soon as he wanted to catch him.
Finally, after many supplications and pursuits,
he fell into his hands.

The sooth-sayers gave to this dream a rather convincing interpretation:
they split-up the word satyr into two, Sa-Tyros,
and claimed : Tyre will be yours.

One can still see the fountain where Alexander supposedly saw the satyr in his dream. 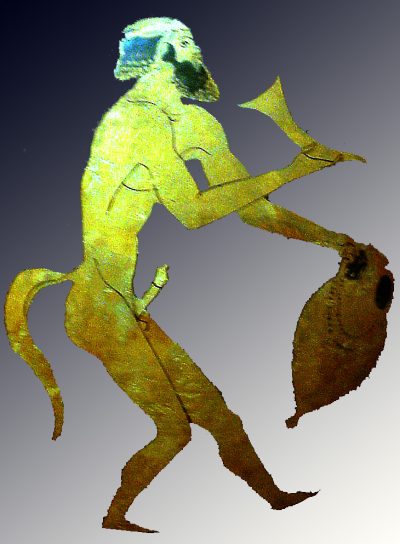